During the 2005 National Bargaining, Kaiser Permanente and the Coalition of Kaiser Permanente Unions agreed that in order to adapt to the rapidly changing healthcare environment, innovative investments in partnerships, people and technologies would be required.  From that, the Ben Hudnall Memorial Trust and workforce development benefits were negotiated with the goal of creating a culture of lifelong learning and enhanced career development opportunities for represented employees.

As a member of the Coalition, ESC Local 20 members can apply for a stipend for education and training programs, including continuing education requirements. The stipend includes up to 8 hours a week of paid time off and up to $16,000 per employee (lifetime benefit).

Who was Ben Hudnall? 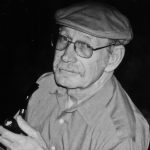 Ben Hudnall was a tireless advocate for organized labor and Kaiser Permanente’s Labor Management Partnership. Ben was the Business Manager for Engineers and Scientists of California, ESC Local 20 from the 1970’s until his untimely death in 2005. Ben was also a trusted advisor and leader in the Partnership since its founding in 1996. Among his many accomplishments, Ben spearheaded the 2005 KP HealthConnect Effects Bargaining Agreement assuring thousands of Partnership-represented employees could choose retraining for other KP jobs if the initiative caused the elimination of their jobs. Ben was an unwavering supporter of education and career advancement. The Trust was named in his honor to further acknowledge his dedication to workers.